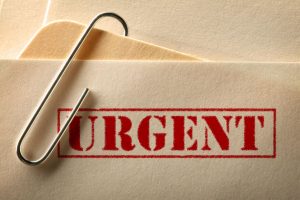 Read the letter below for full details.

I’m extending this letter on behalf of our organisation, London Centre For Public Affairs.

The efforts of these countries come amid a tight siege they imposed on the state of Qatar in unprecedented mediaeval and collective punishment manner.

The most recent episode in their efforts is holding an anti-Qatar conference in London where they “doctored” a Qatari opposition that never existed before.

We would like to remind you that the UK-Qatar relationship is strategic with Qatari investments estimated of more than £35 billion and trade worth over £6 billion per year. Thus, it’s important to preserve the relationship with Qatar and refuse any attempt to link it with terrorism or violence as circulated by the above-mentioned countries.

UAE and its PR companies are due to hold controversial conference London. The Conference planned to take place on 14th September 2017 seems to be yet another UAE endeavor to damage the flourishing Qatar-UK relations and the wider Qatar-EU unshakable bonds.

The conference titled, “The Qatar, Global Security & Stability Conference” is part of KSA-UAE-Bahrain campaign which aims at isolating Qatar on international level. No guest speakers nor paperwork announced so far despite being 7 days to actual event. Whilst, organisers claimed that hundreds will take part in the event.

London Centre For Public Affairs (LCPA) call on UK MPs, politicians not to fall victims for this controversial and propaganda event.