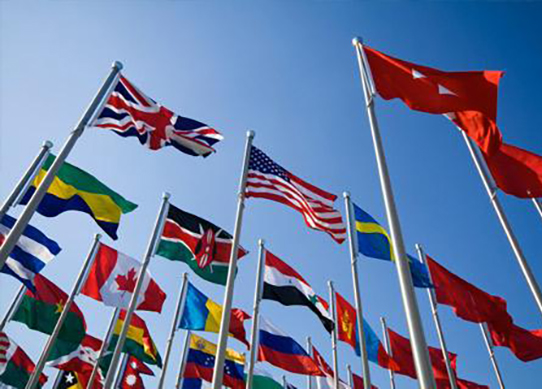 London, 13/09/2017 – London Centre For Public Affairs (LCPA) has urged the Conservative Government to expel UAE Ambassador to the United Kingdom, Sulaiman Hamid Almazroui. In a letter sent to the Prime Minister Theresa May, the Centre cited grim violations of landmark Diplomatic norms and protocols committed by UAE embassy in London.

The Centre argued in the letter that UAE embassy in London is involved in organizing a conference which aims to sabotage other countries’ image and stability which is a grim violation of the Vienna Convention on Diplomatic Relations.

“We have been monitoring the UAE London conference titled, The Qatar, Global Security & Stability. Our constant observation concluded that UAE is using London is a vehicle to harm Qatar’s stability, security and political system. UAE is working tirelessly with US and UK based PR companies to create a Qatari opposition. UAE’s London embassy has paid, recruited individuals and companies to make this happen.” said LCPA spokesperson

The actions of are clearly fall out of the jurisdiction of the embassy and its duty.

“UAE’s behavior is very hypocritical and unethical. Whilst opposition parties and figures in UAE are thrown in jails, exposed to torture and civil society activities are banned; UAE is attempting to claim that such rights don’t exist in Qatar. Holding this conference will never whitewash the UAE’s image.  If UAE Government is ever interested in freedom and liberty, then Home is where to start” added the letter

As stipulated in the Vienna Convention on Diplomatic Relations, Article 31(1) item iii which gives the ground for expelling diplomats, if they carry out, “An action relating to any professional or commercial activity exercised by the diplomatic agent in the receiving State outside his official functions.”

The letter sent earlier today demanded the Prime Minister to declare Mr. Almazroui as persona non grata and expel him immediately as per article 9 of Vienna Convention on Diplomatic Relations. It also called on Mrs. May to investigate the UAE’s relation to this conference and the organisers.