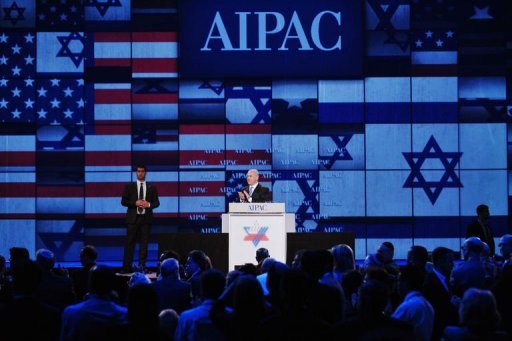 London Centre For Public Affairs (LCPA) has been observing the UAE anti Qatar conference in the past few weeks. Our information, evidence and arguments have  made clear today. Our statements said earlier that this conference is run by Zionist and Pro Israeli lobbyist in the US and the UK. The Conference speakers is the crystal clear evidence of our previous argument.

No speakers from the UK parliament, except 3 conservative, pro Israeli politicians. Meanwhile, the main speakers were paid and brought from the US. The names are all pro Israeli. Some of them are Israeli nationals, others have worked for Israel and others are lobbyists and apologists for it. One could call this Conference , (UAE-AIPAC) Conference.

Ironically, no Qatari opposition or nationals appeared to be speaking. LCPA reporters who attend the event said the number of audience as little as few dozens.

Some of the speakers are anti Muslims and run transatlantic organisations with Islamophobic agenda.

Here is a look at the speakers whose names were in the conference Booklet. Our teams have summarised the activities of those speakers and their relations with Israel and anti Islam agenda:

Dov S. Zakheim, is a is a dual Israeli/American citizen, political advisor and former official of the U.S. government where he occupied the position of undersecretary of Defense in the G.W. Bush Administration, 2001-2004. He is also a ordained rabbi and an orthodox Jew. He was involved in the sector of Israeli military industry such as Israeli fighter program, the IAI Lavi.

Dr. Alan Mendoza, is the  Founder and the Executive Director of the Henry Jackson Society (HJS). Is one of the most controversial anti Muslim organisation in Europe, and the UK in particular. Henry Jackson Society  has been promoting Islamophobia in the UK for years. The organisation is run by  pro Israel Zionists and Neo Conservatives. The orgaanisation has waged campaigns against UK Muslim organisations, mosques and Muslims figures. The Right-wing Islamophobic thinktank is funded by Zionist and right wing fundamentalist organisations in the US. Alan Mendoza  was a guest speaker at AIPAC (the American Israel Public Affairs Committee), the key pro-Israel lobbying group in the US. He told incited against Muslims in Europe by arguing, “The European Muslim population has doubled in the past 30 years and is predicted to double again by 2040’,

Bill Richardson , is a former US politician, a neocon and proud pro Israeli supporter. He is known of his very pro Israeli positions. He stated earlier in 2007 “I am firmly committed to one of the United States’ closest and most important allies – the State of Israel. Throughout my career, I’ve steadfastly supported Israel, obtaining a consistently pro-Israel voting record in Congress and defending Israeli interests as Ambassador to the United Nations.”

He announced he will for the US presidency in 2007 and announced a pledge of support for Israel where he promised, ” Ensure that the United States uses its all of its power within the United Nations to protect Israel’s sovereignty and national security… Provide Israel with the assistance and support to ensure its safety and security… stabilize this volatile region and reduce anti-American and anti-Israeli sentiments throughout the entire area…Pressure Egypt, Pakistan, Saudi Arabia and other friends to reform their education systems. It is unacceptable for any country to teach hatred of Israel.”

General Charles (chuck) Wald, is the former Deputy Commander of United States European Command. General Wald is also another pro Israeli figure in Washington. His main duty was promoting the Israeli account on Israel where he wrote many articles calling for a military strike  against Tehran.

James Rubin, is the former Assistant Secretary of State and spokesman for the US State Department during the Clinton era. He has made various  anti Palestinian statements in the past and known of his support to Israel. James Rubin, appeared on MSNBC host Alex Wagner’s programme where he defended Israeli war on Gaza. He described Netanyahu as a “sharp character” and placed a “huge chunk” of the blame on Palestinians for why there are currently no “peace negotiations” between Israel and Palestine, while carefully displaying his judicious side by ascribing “some part” of the blame to the Israeli Prime Minister. reported by by (Charlotte Silver) in 2014.

Brigadier Shlomo Brom, is an Israeli military figure who served in the Air force and occupied senior positions. He is also research associate at the Institute for National Security Studies, joined the Jaffee Center in 1998 after a long career in the IDF. His most senior post in the IDF was director of the Strategic Planning Division in the Planning Branch of the General Staff. Brig. Gen. (ret.). Brig. Gen. Shlomo Brom (ret.) is a senior research associate in the Institute for National Security Studies in Tel Aviv. He participated in peace negotiations with Syria, Jordan and the Palestinians and Middle East regional security talks during the 1990s, and has also served as Israel’s deputy national-security adviser.

John Simpson, is a senior BBC Journalist. LCPA is certain that Simpson has never been aware of the organisers and their objectives; otherwise he would have never participated.